I get commissions for purchases made through links in this post. Learn more.

Will My German Shepherd Protect Me Without Training?

German Shepherds are a breed often trained by professionals for protection purposes and police work. As a matter of fact, these dogs excel at performing this sort of duty.

What makes the German Shepherd so good at offering a protection service?

Most often it is their strength, intelligence, and trainability.

They possess some of the most desired traits for guarding and protection that make them stand out among other breeds.

But what about a German Shepherd that has not underwent any protection training?

Perhaps, you want to obtain a German Shepherd but wonder if he will be fit for this sort of role.

This article answers the question, ‘Will My German Shepherd protect me without training?

Will My German Shepherd Protect Me Without Training?

German Shepherds without training will still protect you, but most often not in a physical sense.

What does this mean?

He may bark and even snap at the offender, but it may not be likely that he will lunge or attack them.

Of course, all individuals are different, and some highly aggressive German Shepherds have been known to bite or attack in protection of their owners and property.

Nonetheless, even just barking and growling in protection is sometimes enough to frighten off the person trying to harm you.

German Shepherds are dogs that are also very watchful, and they will be quick to alert you if something is out of place.

They are not welcoming or open to strangers like some other breeds.

In fact, when someone comes into your home, they may follow you around without leaving your side for a moment.

As a result of their intelligence, a sharp-witted German Shepherd can define when something is not right or is out of place.

So, even an inexperienced dog will know to stand in your defense when beset by potential danger.

How To Train German Shepherd To Be Protective?

Training your German Shepherd to be a protective guard dog will not be a hard task.

These dogs possess a great deal of attributes which make them the ideal protection breed. They are fierce, loyal, and brave dogs.

Some German Shepherds have a stronger protection drive than others, which will make them stand out more at their duty.

In spite of that, all German Shepherd more or less have intense guarding and protection instincts.

As well as, these dogs are smart and incredibly fast learners which like to obey and follow commands, making them highly trainable.

Here are some of the things you can do to train your German Shepherd to be protective.

Basic obedience is vital in training your German Shepherd to protect you.

Without knowing basic commands and following them, your German Shepherd could become unruly or out of control.

It may be difficult to even do simple tasks with him, such as taking him for a walk.

With basic obedience skills, it will be easier to get him to listen to you and stop any action if it gets out of hand. 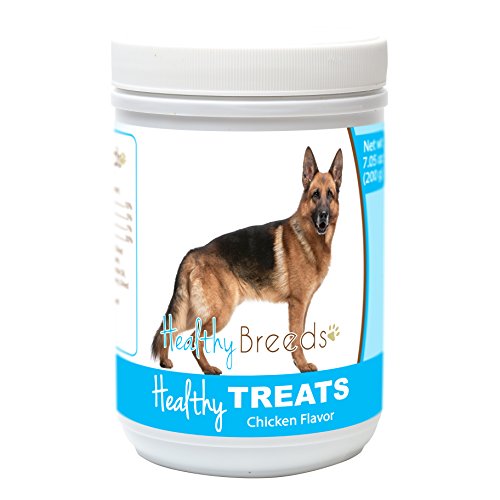 To train your German Shepherd in the aspect of protection, you must reward him for displaying protective behavior traits.

Praise and reward him with a treat  whenever he barks at someone coming to your door.

This will teach him that alerting you about someone on your property is highly desirable.

Also, praise and reward him for showing defense whenever someone strange comes near you.

Even if he won’t let your house guests approach you, and he stands over you in protection, be sure to show him that you happy with his behavior.

In a real dangerous situation, your dog preventing anyone from coming near you could even save your life.

Seeing a German Shepherd standing in defense of you will most likely intimidate any intruder or attacker.

Show Him The Boundary Of Your Property

Regularly walk your German Shepherd around your yard and show him where his boundaries are.

This will help him establish the idea of what is his territory and what isn’t. It is important for him to be able to distinguish which piece of land is his to guard.

Otherwise, he could bark or show unnecessary aggression to passersby or even the general public.

At some point, it’s a good idea to get somebody to try and purposely break into your yard. See how your dog reacts, all the while restraining him or holding him by the collar.

If he barks and tries to escape to get in the way of the intruder, reward him for his protective behavior.

Properly socialize your German Shepherd from a young age, allowing him to meet a variety of dogs, people, children, and other animals.

This will help him learn the general good traits that a regular person displays.

Therefore, he will be able to distinguish normal human behavior from wrong behavior.

Now if he sees a person doing something suspicious, he will know to stay alert and on guard.

Teach Him How To Bite On Command 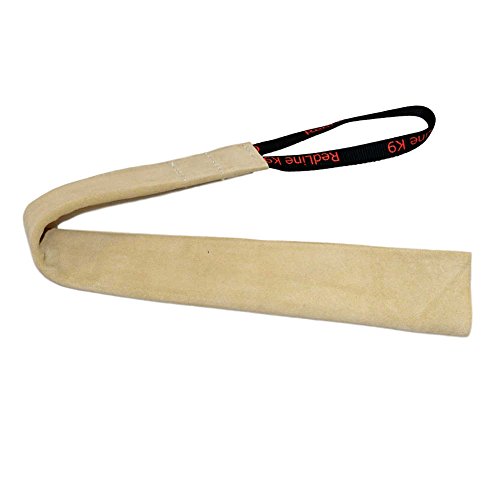 You could use a rag attached to a rope to teach your German Shepherd to bite on command.

Wave the rag around in front of him and wait until he grabs hold of it.

It will only be natural for him to want to bite the rag. When he does so, praise and reward him for it. Introduce the command, ‘bite’, or ‘attack’.

Now say this command, and when he bites the rag  again, praise and reward him for it.

Get The Help Of An Experienced Dog Trainer

If you want to fully train your German Shepherd to be a high quality protection dog, you could get the help of an experienced dog trainer.

Someone specializing in training protection dogs will teach your German Shepherd a number of valuable protection skills that you may not be able to.

Male German Shepherds are usually more protective than females. They tend to be more aggressive, possessive, and dominant individuals.

Females are gentler and do better with strangers, while males are more reserved and wary.

Males stand out at the role of protecting their property, whereas females are known to be great family protectors.

They are strongly attached to their family and caring of children, so they will additionally guard them.

Male German Shepherds are very territorial and are best suited for outdoor patrol.

They seem to be more aware of their surroundings and quick to alert their owner concerning an intruder.

At What Age Do German Shepherds Become Protective?

A German Shepherd will start to become protective when they reach adolescence, which is at six months.

From that time onward, their guarding and protection instincts will develop.

However, at the beginning, they will only be able to recognize a few basic things and distinguish between a good person and a harmful one.

This ability to differentiate will especially be established if your German Shepherds puppy has been socialized properly.

What Age Should You Start Protection Training?

The best age to start protection training is at two or three years old. At this age, a German Shepherd will have matured into an adult and developed protective instincts.

These instincts will provide a protection drive for your German Shepherd, making it easier to teach him protection skills.

Nonetheless, even from early puppyhood, around 12 weeks, your puppy will need to be socialized and learn basic obedience.

This will then provide a foundation for him when training for protection.

It will also incline him to respect you as a leader, and enable you to have control over his actions.

How Much Does It Cost To Train A German Shepherd For Protection?

If you are willing to enroll your German Shepherd in a training class, expect the average cost being around $120/hour in the US.

The price may sometimes vary depending on the quality of the training. A dog could undergo training for minor guarding or for high end protection.

Despite it being more cost effective to train your German Shepherd at home, there may be some things you won’t be able to teach him.

This kind of training usually includes working on the following:

Will a German Shepherd protect me without training?

A German Shepherd will protect you without training in some ways, but most often not physically.

This means that he will likely not be inclined to attack an intruder. However, he will bark and display apparent aggression toward a stranger doing something suspicious.

A German Shepherd will also be alert and watchful over your property, especially if it is a male.

A female, on the other hand, will be more defensive of her owner and family.

German Shepherds will already possess a number of protection instincts, but you can train these dogs additional commands and skills.

It would mean that you could greatly enhance the things your German Shepherd knows naturally to the next level.

These dogs learn quickly, as they are highly trainable. Some of the best ways to train your German Shepherd is by rewarding the behaviors you like to see.

Rewarding for barking at visitors or defending you can raise your dog’s awareness and teach desirable assets.

It can also prove invaluable in a life or death situation.

Hello, I'm Madeline the owner and writer of this site. I have a 9 year old loving and energetic Border Collie named Zeus. I hope that by sharing information about Sheepdogs I can give you the knowledge and skills to handle your own powerful breed.

Norwegian Elkhound Vs German Shepherd – Which One Is Better?

Rough Collie Vs German Shepherd Which One Is Better?

I support you on your journey with your furry friend.

I love helping people build a better relationship with their dog.

All the information on AllAboutSheepdogs.com is published in good faith and for general information purpose only. All About Sheepdogs does not make any warranties about the completeness, reliability and accuracy of this information. The content of this website is not meant to be a substitute for professional veterinary advice.

AllAboutSheepdogs.com is a participant in the Amazon Services LLC Associates Program, an affiliate advertising program designed to provide a means for sites to earn advertising fees by advertising and linking to Amazon.com.