I get commissions for purchases made through links in this post. Learn more.

When I was looking for a pet dog, I chose to settle for a herding dog.

I had other types of pet dogs before, and I thought it would be an excellent new experience for me to have a herding dog, to mix things up a little bit.

Friends and family had told about their concerns that herding dogs were aggressive. They advised that I would be better off with other dog breeds, but I decided to go on.

I had the choice between a Border Collie and an Australian Shepherd, and I picked the latter.

I have spent years with my herding dog, Toffee, and here is my experience living with him.

I have to admit that living with a herding dog has been a very eye-opening and wonderful experience. I have had a lot to learn from Toffee, and he never ceases to surprise me.

From what I have gathered living with Toffee,

Herding dogs are not distinctively aggressive compared to other dogs.

You have to keep in mind that dogs, no matter their breed, are natural predators.

Thus, they all have some degree of aggressiveness, but I can see nothing about Toffee’s aggressiveness that’s widely different from that of other dogs that I have had before.

Despite this, I have found Toffee more energetic and playful than the other dogs I have had. Some people likely confuse this increased activeness as aggressiveness.

You have to understand that herding dogs possess a natural tendency towards herding. This means that they can seem somehow bossy to humans and other animals.

This “bossiness” is needed for them to control the livestock that they are herding.

I have observed Toffee acting like he is trying to herd the rest of my family and me. Sometimes, it can be fun to see this.

Also, when thinking about whether a dog is aggressive, you have to factor in its personality. No matter the breed, a dog with a temperamental personality will still be aggressive.

The only times I have noticed Toffee show signs of extreme aggression is when he is acting protective.

Generally, herding dogs are very protective, especially when it comes to family.

Toffee is usually very cautious around new people. I have noticed he often barks when an unfamiliar face approaches the house.

Once he sees that there is no threat, he goes back to being calm. This Australian Shepherd also gets quickly accustomed to strangers after a couple of interactions.

Yes, they do bite, but it’s not biting with the intention to cause harm. It’s more of nipping the legs with some bit of biting.

The purpose of this is to get you moving in the direction that they want you to.

This is more of an instinct for herding dogs as they do the nipping and biting to the legs to get the livestock moving and control them.

Since there is no livestock in the house, they do this to the people around.

This behavior is mostly harmless and more of a nuisance. The constant nipping can unintentionally result in bruises or accidents.

The only times I have been worried about Toffee’s nipping, and biting is when I have my grandchildren around as they are much younger.

This is because what might be a simple nip to an adult’s leg can be a severe injury to a child.

Moreover, a child can easily panic if the dog nips them unexpectedly, resulting in serious accidents.

How Do You Stop A Herding Dog From Biting?

If you think the nipping and biting are overly aggressive for your taste, it might be best to go for another dog breed.

Unfortunately, nipping and biting are nearly impossible to completely train out of a herding dog.

I have found that the best way to deal with the behavior in Toffee’s case is to keep it under control.

This involves training and getting him ways in which he can release the pressures of his instinct.

Today, he seldom bites or nips, and if he makes the mistake of doing so; I reinforce my methods.

Here are the most reliable ways I have found to stop a herding dog from biting:

Herding dogs usually portray aggressive tendencies towards strangers because it’s in their nature to be protective.

From the time I got Toffee, I knew that herding dogs had a reputation for being aggressive.

Thus, I chose to socialize him with strangers frequently as a puppy.

This meant that he became accustomed to being in uncomfortable situations with strangers from a young age without feeling agitated.

Be Consistent In Training.

Most people train their herding dogs but fail to do it consistently. This means that the training will take much longer, and the inconsistency creates gaps in the dog’s behavior.

As a result, the dog will be bound to relapsing into bad behavior from time to time.

I have been very consistent with training Toffee, so he can stay for weeks without biting and nipping.

You don’t have to hire a professional dog trainer to do this; take some time to research and do it yourself.

This helps in building a stronger bond between you and the herding dog.

I have found ways to redirect my dog’s herding energy, which means that he can explore his instinct enough times. 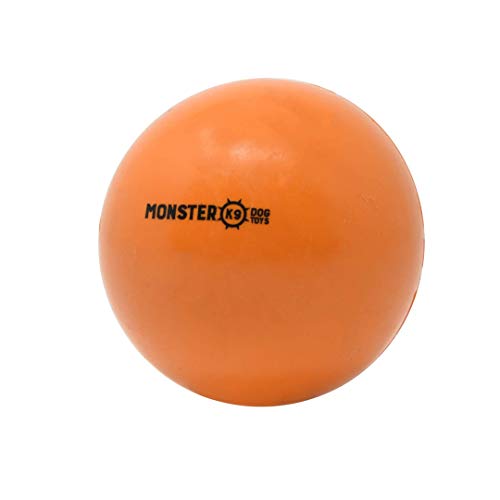 I have gotten Toffee a herding ball  to play with, among other herding toys.

It’s Okay To Get A Herding Dog For A Pet

It’s no secret that herding dogs make exciting pets. So, what’s the appropriate answer to the question – are herding dogs aggressive?

If you handle your herding dog correctly from the time you get them, you won’t have any aggression problems.

Additionally, it also works to ignore the dog’s biting and nipping.

Dogs are intelligent and cunning animals. If they notice that their actions provide them with the attention they are looking for, they will keep doing it.

If they see that their efforts are fruitless, they will likely give up.

I hope you have an exciting and loving time with your herding dog as I’m having with Toffee.

Do Blue Heelers Like Water And Can They Swim? (Answered!)

All the information on AllAboutSheepdogs.com is published in good faith and for general information purpose only. All About Sheepdogs does not make any warranties about the completeness, reliability and accuracy of this information. The content of this website is not meant to be a substitute for professional veterinary advice.

AllAboutSheepdogs.com is a participant in the Amazon Services LLC Associates Program, an affiliate advertising program designed to provide a means for sites to earn advertising fees by advertising and linking to Amazon.com.